Lumberg Freeman Gleeson Hicks & Khalil PLLC is a boutique law firm with a dedicated focus on commercial real estate law, financial and commercial transactions and general business law. Our size allows us to offer each client personal attention and individualized counsel. Our experience enables us to provide our clients with expertise found in large law firms. Our clients range from large companies to individual entrepreneurs. Our attorneys are committed to achieving creative, efficient and business-minded results for our clients, while upholding the differences that make us stronger.

We have experience with virtually all types of assets, including retail, office, residential, warehouse, industrial, parking, condominiums and mixed-use.

We invite you to learn more about our highly engaged attorneys, business first approach to representation and the great work we do, both for our clients and our community. 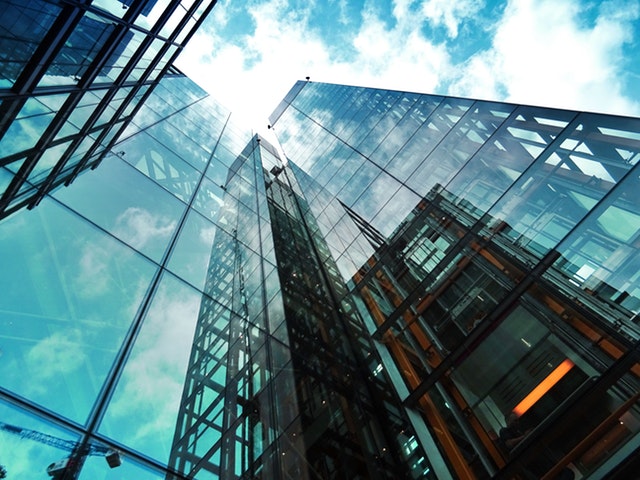 Adam Lumberg concentrates his practice of law in the areas of real estate and corporate transactions, finance, business planning, taxation and estate planning. He received his LL.M in taxation from Georgetown University in 2000, his Juris Doctor from University of Detroit Mercy School of Law in 1999 and his Bachelor’s Degree from Michigan State University in 1999. Adam is a member of the State Bar of Michigan.

In his practice, Adam:

Represents borrowers and lenders in connection with a wide variety of commercial financing transactions, including secured and unsecured lines of credit, real estate mortgage loans and construction loans.

BOARD OF DIRECTORS - NEW MEMBERS

The Narrow Parameters of Section 1966

Alysia K. Hicks maintains a practice of law in the areas of real estate and corporate transactions, finance, business planning, taxation and estate planning. She received her Juris Doctor from Western Michigan University Thomas M. Cooley Law School in 2011 and her Bachelor's Degree from Michigan State University in 2008. Ms. Hicks is a member of the State Bar of Michigan.

Michael K. Khalil’s practice focuses on the purchasing, selling, leasing, financing and development of real estate projects nationwide. He received his Juris Doctor from Wayne State University in 2014 and his Bachelor’s Degree from Grand Valley State University in 2010. Michael Khalil is a member of the State Bar of Michigan.

Jeannine F. Gleeson maintains a transactional practice focused on real estate, tax and estate planning and business law. She has been awarded and maintains the Martindale AV rating, acknowledged as the highest rating available for Ethical Standards and Legal Ability. Jeannine is also a licensed real estate broker in the State of Michigan.

In her Practice, Jeanine:

H. William Freeman is experienced in all aspects of real estate law, including commercial and residential development, acquisitions, financing, and community development. He has developed a specific expertise in condominium, mixed use, new urban, adaptive reuse, live/work, affordable housing, and traditional neighborhood development. Mr. Freeman also counsels clients in the planning, formation and continuing structure and operation of their business interests.

Mr. Freeman received his B.A. from Northwestern University in 1976, with honors in economics, and graduated cum laude in 1981 from the Indiana University School of Law. Martindale-Hubbell recognizes Mr. Freeman as an "AV" rated attorney, the highest such rating available to any individual lawyer. Mr. Freeman has also been selected as a Michigan Super Lawyer several times, including most recently in 2020. He has assisted in the development of numerous conventional, mixed use, affordable housing (MSHDA, NSP, HOME, LIHTC, HUD, USDA), brownfield and historic development projects, and has also dealt with numerous land use, zoning and planning issues. He has worked with many nonprofits, and previously served as Chairman of the Oakland County Housing Network, a nonprofit focused upon homebuyer education. For his work in the Pontiac area, Mr. Freeman received the Leon Hubbard Community Service Award from the Oakland County Bar Association. He has authored several articles in the past regarding condominiums, affordable housing and new urbanism. Mr. Freeman is former Chairman of the Real Estate Committee of the Oakland County Bar Association and is currently co-chair of the State Bar of Michigan Real Property Section Condominium, PUD and Cooperative Committee. He has drafted and recorded hundreds of Master Deeds for residential, commercial and retail uses.

From 1992-1998, Mr. Freeman served as Chairman of the Planning Commission in the Village of Bingham Farms, and from 1999-2009 was a Trustee on the Village Council. Mr. Freeman is also a Director of the Home Builders Association (HBA) of Southeast Michigan, is a Director of the HBA Charitable and Educational Foundation, and serves on several HBA committees, including the Legislative Committee. In 2006, the HBA awarded Mr. Freeman its Distinguished Service Award in Real Estate, in 2012 its Distinguished Service to the Housing Industry Award, and in 2017 its Professional Services to the Building Industry Award. He was a founding member of the Michigan Chapter of the Congress for the New Urbanism and currently serves as Secretary and sits on its Board.